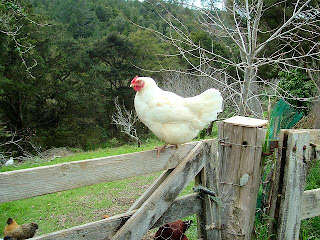 Life out here in the country is much quieter than it was in the city. Days go by where Steve and I don't see anyone except each other. It has meant that I now have the space to learn some of the writings. I haven't set myself huge goals, like learning long passages. I have contented myself with a hidden word at a time and found that to be more than enough.

The hidden word I've been most recently working on is Persian Hidden Word number 70:

"O son of worldliness! Pleasant is the realm of being, wert thou to attain thereto; glorious is the domain of eternity, shouldst thou pass beyond the world of mortality; sweet is the holy ecstasy if thou drinkest of the mystic chalice from the hands of the celestial Youth. Shouldst thou attain this station, thou wouldst be freed from destruction and death, from toil and sin."

I've developed a strategy for learning a hidden word. It takes weeks to work through. I don't start with a finish line in mind; I start with the determination to see the process through however long it takes (sometimes months). I've adopted this attitude because I have to be realistic about my abilities. There is a good chance I will experience difficulties in my life and find it impossible to concentrate. If I don't allow for this, I will give up, and then all is lost.

The one task I set myself is to slowly read the hidden word through twice a day, during either my morning or evening prayers. That's all. I do not try to memorise the hidden word as such, although that is the intended goal. I just read it through slowly, focusing on what it says. I find that, after about a week, I am starting to remember bits of it - most likely, the first line by then.

At this stage, I wonder what the hidden word could mean, but I am focused mainly on articulating the words themselves. Although I may have read the hidden word many times during my 30 years as a Baha'i, it seems like I'm seeing it for the first time. I begin to wake up to words that I never noticed before; for example, in the hidden word above, the "realm of being", the "domain of eternity" and the "world of mortality". The words "realm", "domain" and "world" are all possible synonyms, and when I read the hidden word quickly, I miss the subtleties behind why one word has been used instead of another in different phrases.

After a while, a couple of weeks perhaps, I become familiar with phrases in the hidden word and begin to focus on the meaning, instead of struggling with the issue of what word comes next. I start to see the structure of the whole and the positioning of phrases and ideas in relation to each other. For example, I start to see the close line up of the three phrases "realm of being", "domain of eternity" and "world of mortality". You see that Baha'u'llah is referring to each of these as an identifiable chunk of reality, and that he is particularly emphasising the contrast between the domain of eternity and the world of mortality.

And so I keep reading. Each day, I think about my life and what about it could constitute "the world of mortality" and "the domain of eternity". Eventually, I came to the conclusion that the world of mortality was pretty much everything in my daily life, and that the domain of eternity was the spiritual realm I can't see. And that's the rub; I can't see it, but Baha'u'llah is asking me to 'enter' it by passing beyond my daily reality. He tells me that the domain of eternity is "glorious". Gee, who wouldn't want to be there? There's very good reason, apparently, to make the effort to pass beyond my immediate experience and be in this invisible realm.

In the end, I decided that I was almost a complete failure at doing what Baha'u'llah is asking of me. I believe he wants me to focus on him all the time, throughout my daily activities. At best right now, he comes and goes. I've got a long way to go. But that's all right. I've spent 50 years practicing being submerged in the world of mortality; it might take another, say, 20 years to lift me out of it in any significant way.

The main thing is that I'm memorising hidden words and finding the transforming element in them, and not simply memorising words.