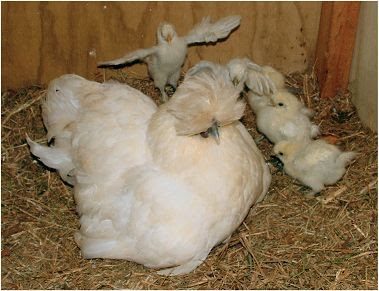 This past week, I've been thinking a great deal about caged hens. I was reawakened to the issue by a guy down south who is spending a month in a cage to protest the caging of layer hens. The New Zealand National Animal Welfare Advisory Committee has produced a new Draft Code of Welfare for Layer Hens, which is supposed to improve the living conditions for layer hens. But instead of banning cages outright, it continues to allow the practice of housing layer hens in cages, albeit slightly bigger ones. The fact still remains that these poor creatures endure 18 months confined in an area barely larger than their own body mass. The harmful effects on the health of hens kept in such cruel conditions is beyond doubt. I won't go into the details here because they invariably cause me to weep uncontrollably. But here's a YouTube clip from one of our TV channels, Prime, that appeared in 2007. It shows the horrific things that some protesters found when they secretly went into a factory farm in Auckland and filmed what they found.

The interesting thing for me is why, after being reminded of this issue, it began to torment me. I realised this was because I now have my own chickens. I've been tending my own flock for just under a year now and I've come to love my birds very much. I put them to bed every evening at sundown, by closing up their huts, I get up each daybreak to let them out, I make up their morning mash, I clean their huts and change their water, I throw them wheat and treats, I ensure they have fruit to peck at, I talk to them and, when necessary, interfere in their power struggles. They are like children to me. I am responsible for their welfare. I make sure their needs are met and that they are happy. So when I was reminded that there are hens in the world that don't have even sufficient room to move around in, I suddenly saw how it would be if my hens were treated in that fashion. And the idea devastated me.

I began to notice the daily habits of my hens that battery hens wouldn't experience. The morning flutter: immediately after vacating their huts, they run and flap their wings, gliding along the ground for many meters, rising up and down. The little chicks do this too. Their morning stretch is a flutter that lifts them up in one place, wings outstretched (see photo above). They often do it in pairs, with their little chests facing each other. Grazing: all my chickens eat grass all day, just like sheep and cattle. Pecking and scratching: all my birds spend the day pecking in the soil and scratching around to find insects. Dust bathing: This is an important communal activity, apparently. They put their tummies on the dirt, then dig at the dirt with their beaks, loosening the soil. Then, somehow, using their feet and wings, they fling the dirt up over themselves. It goes up under their wings and right over their backs. My white hens look awful after a dust bath. But they love it.

The difference between me now and me a year ago is that hens have shifted from the arms-length 'farm animal' category to the familial 'pet' category. Of course, they are still farm animals, but I think of them as pets and love them as pets now. They recognise me and I recognise each of them as individuals. When I come out in the afternoon with their wheat, they get excited when they see me and come running up to the house. It's a thrilling sight to seem running along on their little legs with such gay abandon. When I walk down to them with their trays of mash, they walk with me, around my boots, and I have to ensure I don't stand on them. They make quick warm clucky sounds, which put together sound like a composition.

They have a complex social network. For example, our main rooster, Roostie, has got two girlfriends, Smart White and Smart Brown. All three hang out, roaming around all day together, and rule the entire flock. Trouble came when the two Smarts, for some reason, decided they were both clucky at the same time and sat on their respective nests all day. This left Roostie without his usual playmates. He looked awfully dejected. He started stalking the Red family (a Silkie hen with 3 Rhode Island Red adult kids), who are independent of the main flock. Roostie turned his attention to Beetle Bomb, the hen of the Red family. He would follow them around and, whenever he got the chance, try to jump Beetle Bomb. Meanwhile, we encouraged the Smarts to get off their nests (because we want them to lay, not sit on eggs). Luckily, Smart White got off a day later, and Roostie is back to his normal self and Beetle Bomb is no longer harassed. When I looked on the Internet, I discovered that science backs my experience up. Chickens are much more intelligent that humans give them credit for. Housing them in cages torments them and causes them to go out of their minds.

"The well-known author and zoologist Dr Desmond Morris has pointed out that studies of birds have shown that their world is subtle and complex, and that they have a complicated set of drives and responses—all of which are denied in factory farms." The natural lives of chickens

Of course, those who are responsible for torturing chickens do it because they can produce eggs cheaply. It's all about economics. When I saw this, I was reminded of the movie "Amazing Grace", which depicts the struggle by William Wilberforce in England to outlaw the slave trade. I know the movie isn't all that historically accurate, but it does depict the heart of the matter - that Wilberforce was up against economics. Most men in parliament at the time benefited from the trade and many of their constituents too. So it was a real battle to get the practice stopped.

For us today, it is amazing that people back then saw slavery entirely in terms of economics, and not in terms of ethics. The traders justified the practice to themselves by refusing to see the slaves as human beings. I think something similar happens with farm animals - hens and pigs and so on. I base that conclusion on my own experience. Before July last year, I had never had anything to do with hens, and so I didn't think much about them in cages. Now, all I can see is cruelty to my own family. I encourage everyone to read up about the intelligence of chickens and know how badly they suffer in cages and refuse to buy non-free range chicken products.

Paradise of Presence: Conversations in the Mindscape of Eternity by Alison Elizabeth Marshall